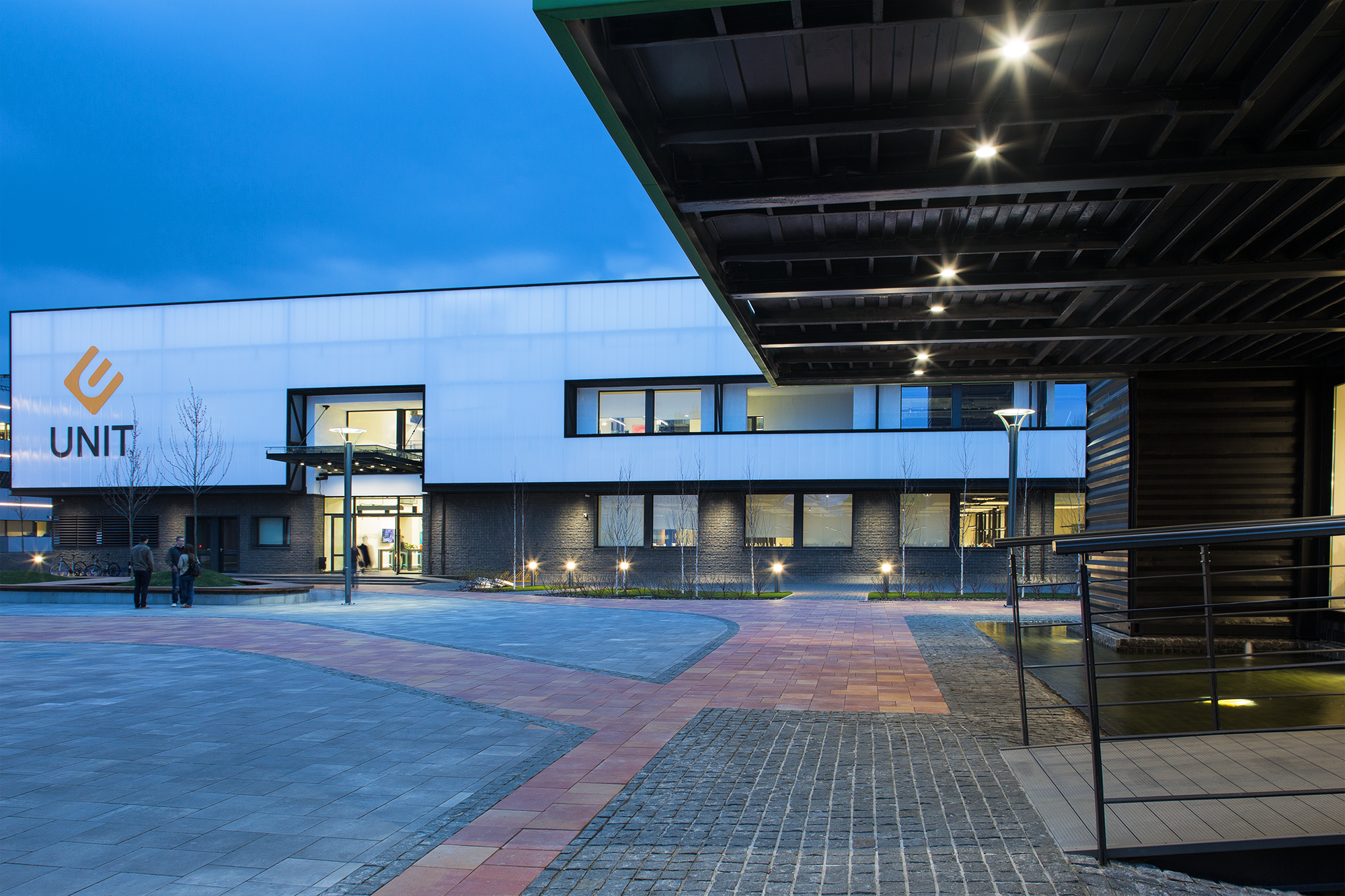 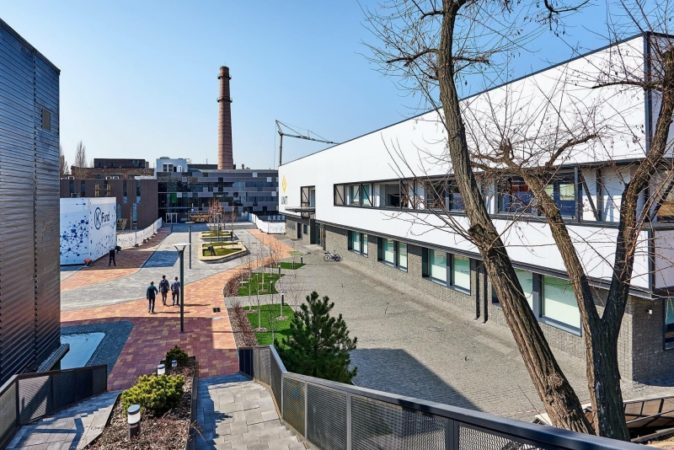 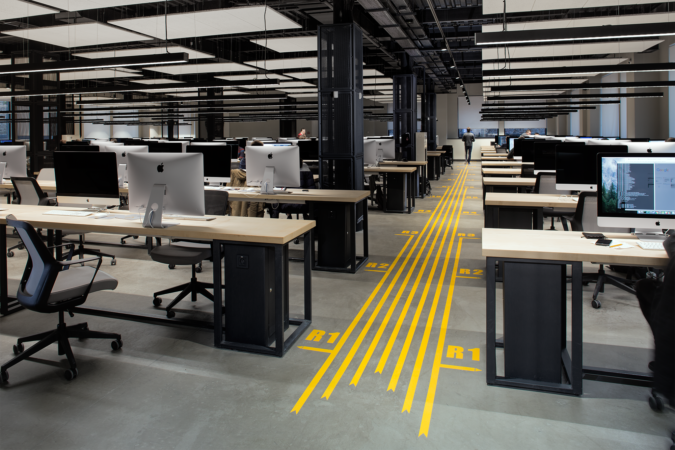 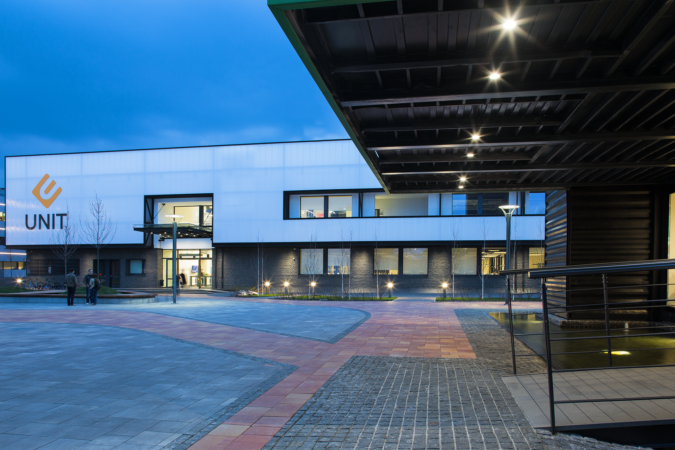 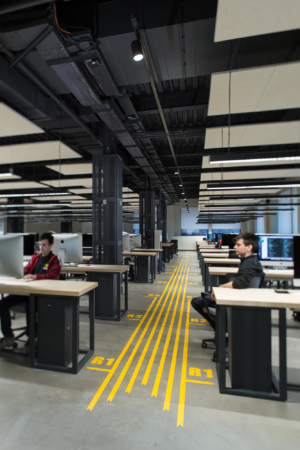 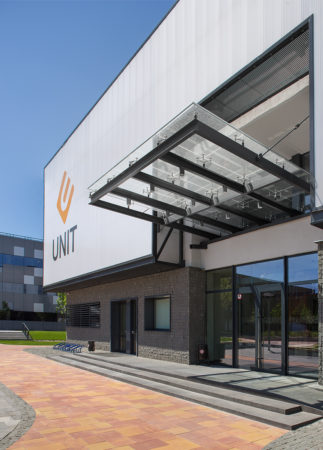 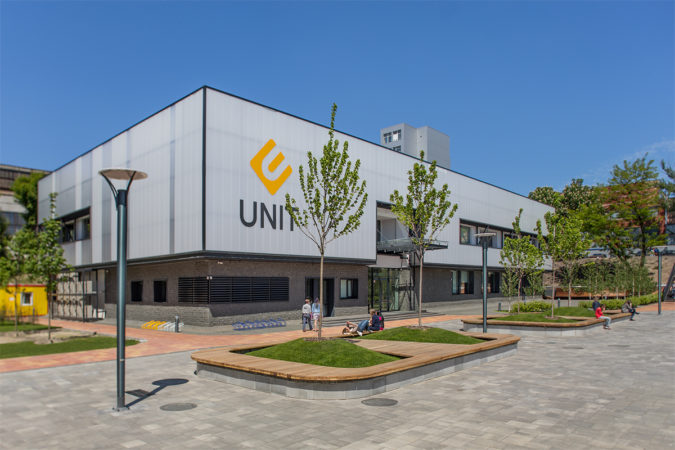 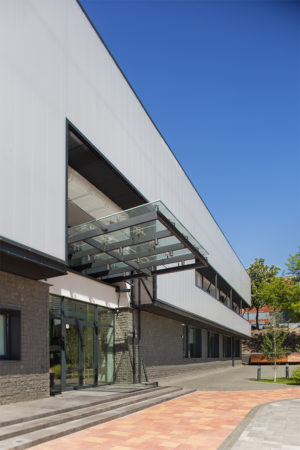 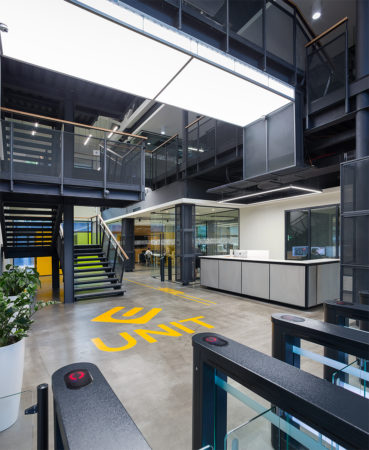 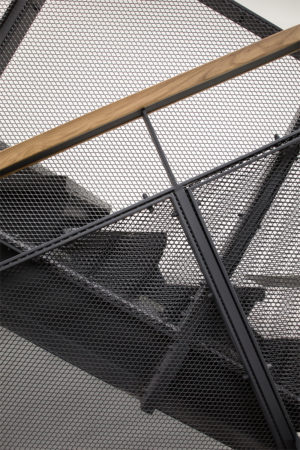 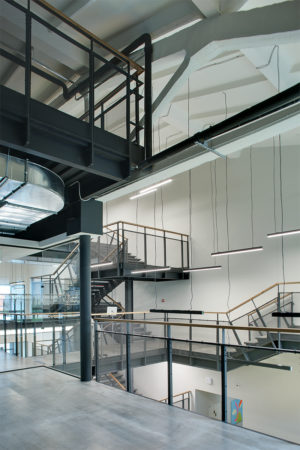 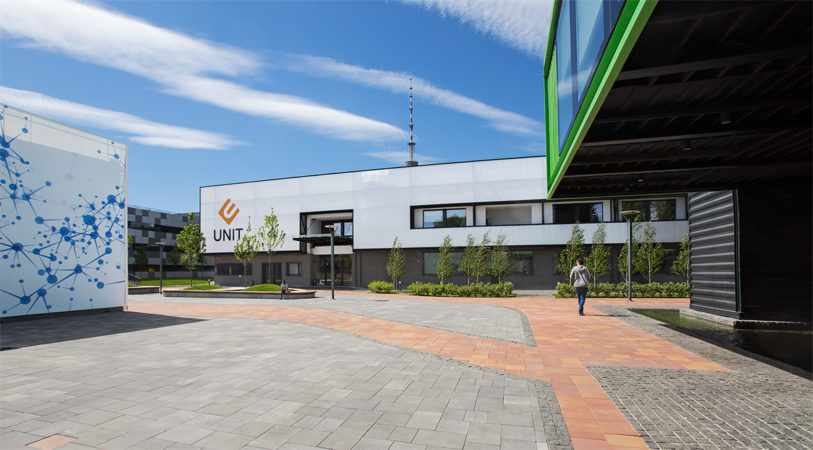 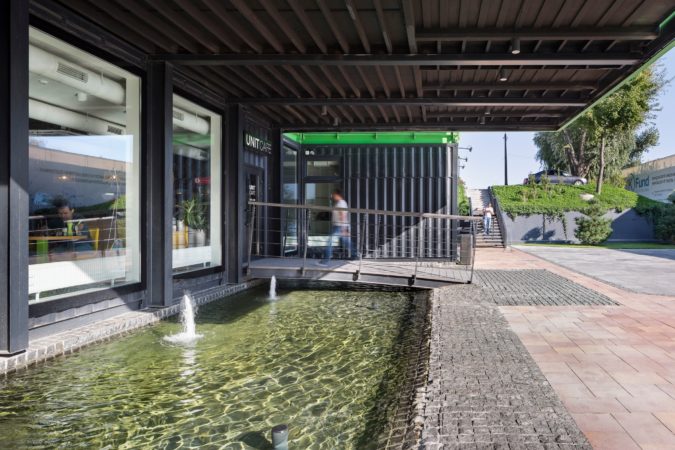 UNIT Factory (Ukrainian National IT Factory) – the exclusive project of the institution in Ukraine, where taught according to the standards of the innovative French School 42. Here students learn programming, working in a team and solving extraordinary tasks.

The building had to be reconstructed for a new function. In the first block, instead of one large space, there are a three-lane ceiling entrance hall and three floors. In the second block there were two floors. Now on the first one there is household and administrative premises: lounges, offices, rest rooms. On the second floor there is double-ceiling hall.

The interior of the first working block is made in a rather ascetic spirit – black and white tones, concrete gray flooring, lots of black metal and grids on columns and rails, a dark ceiling with open communications. There are also many glass structures. Color accents are pictures and indicators on the floor. The connection between the floors and blocks is a ladder and transition bridges located in the hall. In the second block appears bright furniture in the lounges zone, from which there is an exit to the courtyard.

The main entrance is a stained-glass window for a three floors on the facade, which is drowned in the building on the second floor, and a large glass canopy.

The decoration of the facade is a contrast between two different textures and materials – a dark and rough paving stone wich made of natural stone that curves along the curved line from the ground to the walls of the ground floor and a white modern semi-transparent plastic mounted on the sub-structure on the second Floor. 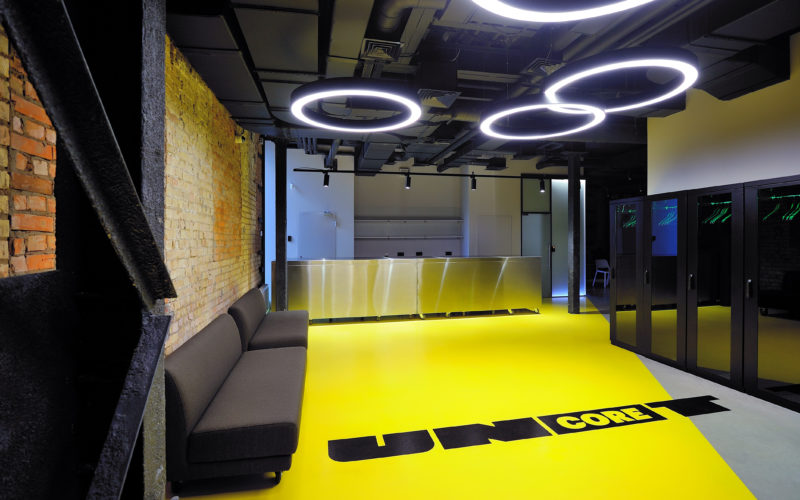 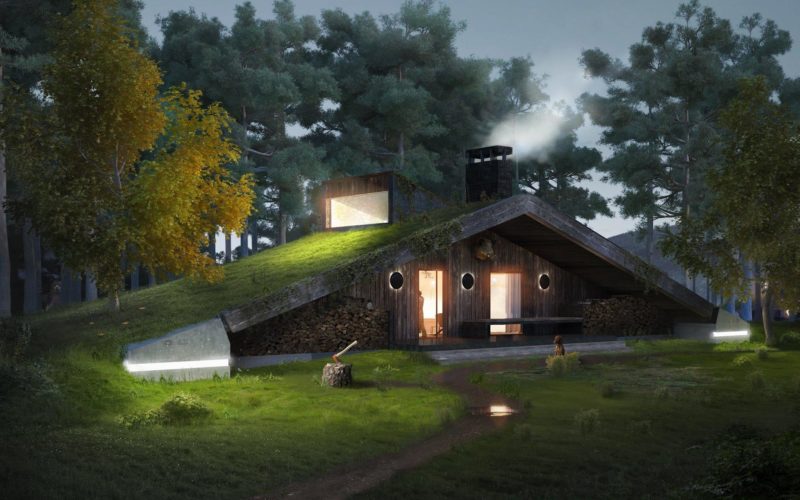 Recreation center in the forest 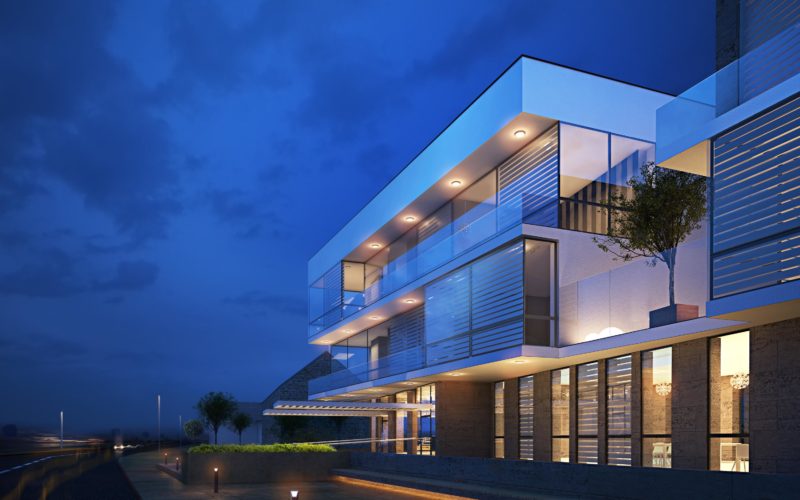